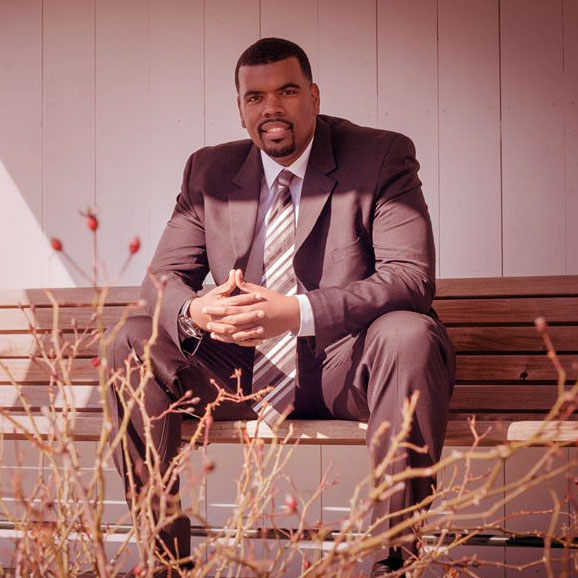 Malik Champlain born in Brooklyn, New York to a teenage mother, he later moved to Connecticut to avoid violence their current neighborhood attracted.

He was diagnosed with a hearing disorder that soon required surgery, this gave him special education services up until 6th grade. Each year after that those services were declined. Over the next few years Malik struggled to speak because of his stutter. He self motivated himself to read aloud in his room each night to overcome this setback.

Unable to play sports until his junior year of high school, Malik triumphed in sports because he wanted to reach the top and stay there. He was later recruited by Western New England University and attended in the fall. The WNEC basketball team won the championship for their region as well as regular season champions in their conference. At WNEC he earned the Deans’ List for multiple years and he was recognized on campus for his Community Service in local elementary/middle/high schools. He later was recognized nationally for his community service by the NAACP on his passion for empowering the youth of the community.

Soon after his undergraduate career Malik began to intern in a local school district near his home and take full time classes to receive a Masters in Education. After 3 semesters he became homeless and had to drop out of school to pursue a job opportunity in Boston. This was not Malik’s dream job but it soon gave him the finances to rent his first room in a local Boston neighborhood. He later pursued and obtained a job at a local college as an assistant coach. His first coaching job and he loved it! These moments bring power to the words he often repeats to himself, “Tough times don’t last, tough people do.”

Malik is now married, a father, and a home-owner in The Greater Hartford Area of Connecticut. Malik also uses his Master’s Degree in the Arts of Teaching to educate students of all ages through out the United States. He is a highly sought after Inspirational Speaker, Real Estate Investor, and Urban Schools Educational Consultant. He is especially empowering in struggling school districts, youth development programs, and sports teams because his powerful story ignites others to pursue greatness.